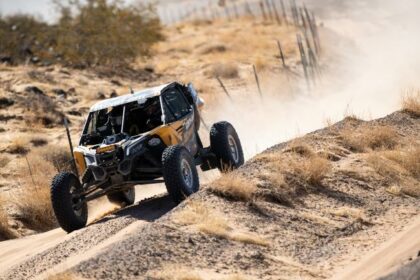 After winning his first BFGoodrich Tires Mint 400 in the UTV Turbo class in 2015, it took S3 Powersports driver Dustin Jones another six years to add a second triumph in the O’Reilly Auto Parts Limited Race. It would take him just over three months to add his third.

Jones and co-driver Dustin Henderson teamed up to win their second straight Mint 400 on Friday afternoon, piling onto an epic winter that has included multiple triumphs in some of the biggest races in the sport. Outlasting some of the biggest names in the sport as they faced attrition and mechanical gremlins, Jones’ unofficial margin of victory was more than 21 minutes over second place finisher Randy Romo.

“It’s crazy—they truly make this one of the roughest off-road races that we run all year,” Jones said atop the podium. “It was crazy, but it was a fun course and it was a rough course. We had a little wind in the morning, so we were able to make some good time. We had a strategy and we stuck to it, and somehow, it ended up working out!”

Jones’ unofficial winning time of 7:54:22 was a record for this year’s course loop, which ran in the reverse direction from December’s previous edition of the Great American Off-Road Race. Despite the dominant gap, though, the Louisiana native was by no means out front all day; this year’s Limited Race was full of lead changes, and Jones didn’t take over the top spot for good until the final lap. 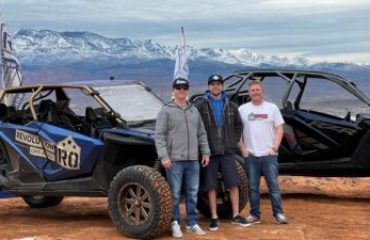 A UTV owner’s dream: The ride starts at Revolution Off-Road in Hurricane 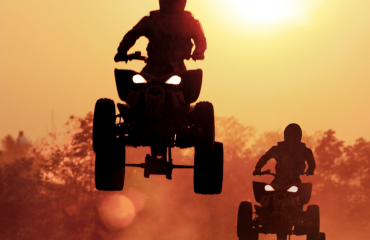 ATV vs. UTV: What Vehicle To Use When 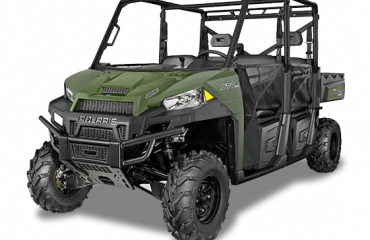