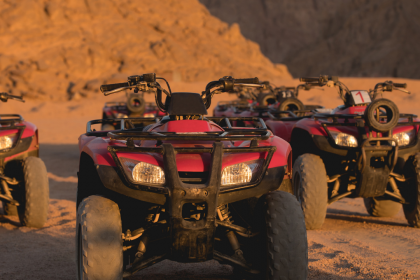 Looking for an ATV this year?

What Is an ATV?

“In the power sports segment, it’s easy to see why there is sometimes confusion between different types of vehicles. All-terrain vehicles, or ATVs, are often lumped together with utility terrain vehicles, or UTVs. They tend to be made by the same brands, sold at the same retailers, and can look alike from a distance.

“However, according to the ATV Safety Institute, an ATV is “…a motorized off-highway vehicle designed to travel on four low-pressure or non-pneumatic tires, having a seat designed to be straddled by the operator and handlebars for steering control.” They are also sometimes called 4x4s or quads. They are distinct from UTVs, which are more task-oriented. Furthermore, the ATV Safety Institute notes there are two main types of ATVs. The first type is designed for a single operator, and the second type accommodates a passenger seated behind the operator. In UTV design, the operator and passenger are seated side-by-side (which is why they’re sometimes called side-by-sides), and the UTV can also accommodate more payload (weight) and gear.

“If you’re interested in shopping for an ATV, you may have also considered UTVs. They’re distinctly different types of vehicles, but their purposes and benefits may overlap for some potential buyers. This guide will help you figure out if an ATV is the right recreational vehicle for you. To learn more about UTVs, check out our guide here.

“Most brands that manufacture ATVs are well-known for offering motorcycles and other types of power sports equipment in addition to ATVs. The major, best-known ATV manufacturers include Honda, Polaris, Can-Am, and Yamaha. These four brands offer a range of models and price points – as well as both youth and adult models – to appeal to a wide variety of customers.

“Other notable brands in this segment include Kawasaki, Kymco, and Suzuki, all of which have experience in two-wheeled vehicles along with various utility vehicles and power sports equipment. For more information, see our guides to each major power sports and ATV brand.

“Experts disagree on when and where the first ATV was created. We do know that motorcycles existed for nearly 100 years before the first ATVs were designed and developed, and that ATVs came about as a way to take advantage of some of a motorcycle’s versatility but with more utility. Motorcycle manufacturers also wanted to sell more vehicles, particularly in areas where motorcycles aren’t ridden year-round.

“Some sources point to Honda as the manufacturer of the first ATV, thanks to the development of a three-wheeled ATV precursor in 1967. However, a prototype of an ATV called the Jiger was created in Canada by John Gower in 1960 or 1961, depending on who you ask. The Jiger was actually an AATV, or amphibious all-terrain vehicle, meaning it could traverse water as well as ground on its six wheels. The company, Versatrek, achieved mass production of the Jiger by 1965, but went out of business in 1968; according to some sources, the company actually failed because it couldn’t keep up with demand.

“In the early 1970s, Honda experimented with three-wheeled ATV designs, which were largely abandoned by the late 1980s in favor of more stable four-wheeled designs. The FourTrax line, which Honda introduced during this time, is still on the market today. Suzuki joined the fray in 1982 and quickly became one of the most popular ATV manufacturers, along with Yamaha. Polaris, which introduced its first model in 1985, became the first North American company to enter the segment since the Jiger was discontinued. In the late 1990s, a number of manufacturers, including Bombardier and Arctic Cat, began offering models with much higher horsepower and torque figures, making the segment as much about performance as utility.

Should I Buy an ATV?

“Adding an ATV to your garage is an exciting prospect, but first, you should ensure that it’s the right type of power sports vehicle for you. Whether you’re comparing a potential ATV purchase to another type of vehicle, like a UTV, or whether you’re considering an ATV on its own merits, you should keep the following factors in mind.

“An ATV is a good choice if you anticipate that you’ll primarily be riding by yourself, or with one passenger. An ATV seats the passenger behind the operator, so if you’d prefer to sit alongside each other, an ATV might not be the best choice for you, and you should consider a UTV instead.

“Cost is another factor in choosing an ATV. ATVs are typically less expensive than UTVs, though that varies, of course, based on factors such as brand, model, and specifications. UTVs also tend to cost more because they have safety features such as roll cages and seat belts. So in that sense, if safety is a priority, an ATV might not be right for you. Furthermore, if you want to modify your recreational vehicle with features such as specialized lighting or higher-performance suspension, an ATV might not be right for you, since UTVs tend to have better options in this area.

“If you want a nimble and quick vehicle that’s fun to ride, available at relatively low price points, and doesn’t need to do much heavy-duty towing or hauling, an ATV may be the right choice.

“Most of the major ATV brands offer models that start at around $5,000 or less, though the more you’re willing to spend, the more options you’ll have. There’s a bigger range of models and trim levels at $8,000-$9,000 and up, with brands tending to top out around $11,000 or so. That said, those more expensive models provide more power and features than most riders will need; if you’re an inexperienced rider or don’t plan to use your ATV for utility work, you won’t need those capabilities and features.

“Paying more for an ATV primarily gets you bigger engines with more horsepower, which, in turn, increases payload and towing capacities, as well as riding excitement. More expensive models may also include features such as more comfortable seats with more padding, heavy-duty cargo racks, and high-end front and rear lighting. If you’re fine with a basic model and moderate horsepower, you can easily get a new ATV from a reputable brand for around $5,000 or $6,000, though experienced riders will probably want to budget a couple thousand more to get a model with more power.

“Though there may be some outliers on both ends of the range, ATVs currently on the market generally feature single- or two-cylinder engines, with displacement measured in cubic centimeters, or ccs. As you’ll see in the ATV models highlighted in this guide, most adult models are at least 500 cc, but typically less than 1000 cc, unless the model is marketed specifically for high performance or specifically for entry-level or beginner riders. Not all manufacturers provide official horsepower ratings for their ATVs, but when provided, expect to see them in the double-digits, in the 30-50 horsepower range for most models. Transmissions may be manual or automatic; this is definitely a point that potential buyers will want to consider carefully and consider both current and desired skill levels. Regardless of which transmission type you prefer, you’ll have plenty of options from a variety of major brands. Fuel capacity is another factor that varies from model to model, but generally, an ATV’s tank measures between 3-5 gallons.

“If you’re interested in using your new ATV for any type of work, pay attention to the payload and towing capacities, since these can vary widely. Some manufacturers, such as Yamaha, even subdivide their ATV model lineup into sport and utility sub-categories. This is done to help potential buyers narrow down the field. 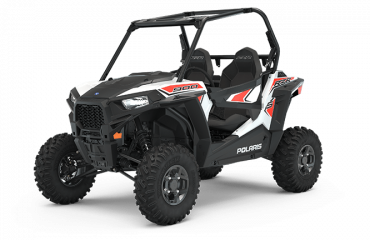 What is a Side-by-Side Vehicle? A beginner’s guide 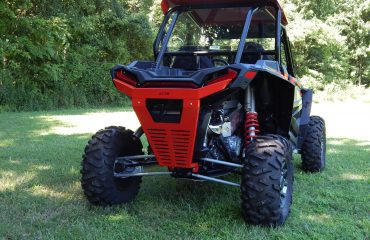 Why Are UTVs Called Side By Side? 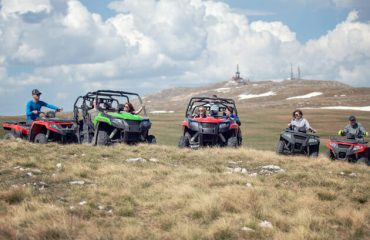